CARROLLTON, Texas, Nov. 19, 2020 /PRNewswire/ -- Ronald K. Herbert with FASTSIGNS International, Inc. was recently named the Midsize Private Company CFO of the Year by D CEO magazine. Top corporate CFO's across the metroplex were nominated for this prestigious honor, and the winner was determined by a panel of independent judges. 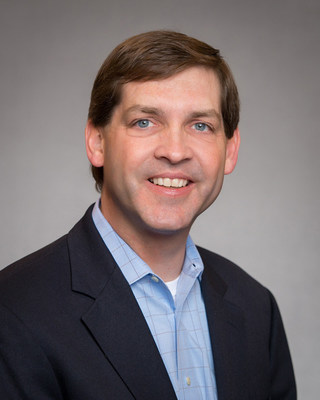 D CEO's Financial Executive Awards span multiple categories and honor top corporate finance executives in Dallas-Fort Worth, in partnership with the Association for Corporate Growth, Dallas CPA Society, and Financial Executives International. All finalists were celebrated at a virtual awards event and were profiled in the May issue of D CEO.

"Considering the incredible financial talent in Dallas, I was shocked to be named the Midsize Private Company CFO of the Year," said Herbert. "This is something for which I have strived my entire career and am honored to join the amazing group of finalists and past winners."

2019 and 2020 were vastly different for FASTSIGNS International, Inc. In 2019, FASTSIGNS had a change in ownership and the team started tackling areas ranging from e-commerce to tech-enabled sales prospecting and AI-aided employee recruiting to further accelerate franchisees' growth. In 2019, FASTSIGNS also saw continued growth in locations domestically and in places like Canada, the UK, Chile, Spain and Malta, continued growth in franchisee's sales, and its first acquisition which closed out the year. While 2020 brought a number of challenges during the pandemic, the FASTSIGNS corporate team pulled together to support their franchisees in every way possible.

Herbert believes strongly that having fun at work is critical to personal and professional success. To help stay connected with the corporate team now working almost exclusively remotely, Herbert has faithfully sent an email every day to the team with funny stories, anecdotes or inspirational quotes. Cultivating that spirit wherever he goes, he has been successful as a CFO for NASDAQ listed companies, venture-backed companies, and several private equity backed companies, including FASTSIGNS. He is a graduate of SMU and a Texas CPA. In 2019, Herbert was named a Dallas Business Journal's 2019 CFO of the Year honoree, and he has been a member of the Dallas Chapter of Financial Executives International for 15 years.

"I am thrilled that Ron was recognized as an award-winning CFO," said Catherine Monson, CEO at FASTSIGNS International, Inc. and Chair of the International Franchising Association. "Ron's knowledge, experience, humility, tireless determination and contagious positive attitude are an asset to our FASTSIGNS family. It's been an honor to work alongside him these past several years, especially this year with all of its challenges, and I look forward to our partnership as we move optimistically into 2021 and beyond."

FASTSIGNS International, Inc. celebrates its 35th anniversary in business in 2020 as the leading sign and visual communications franchisor in North America, and is the worldwide franchisor of more than 735 independently owned and operated FASTSIGNS® centers in 9 countries including the United States and Puerto Rico, the United Kingdom, Canada, Chile, Grand Cayman, the United Arab Emirates, Malta, France and Australia (where centers operate as SIGNWAVE®). FASTSIGNS locations provide comprehensive signage and graphic solutions to help companies of all sizes and across all industries attract more attention, communicate their message, promote their products, help visitors find their way and extend their branding across all of their customer touchpoints.

In 2020, Fastsigns Holdings Inc. acquired GTN CAPITAL GROUP, LLC the parent company of NerdsToGo, an emerging IT services franchise brand. Learn more about sign and graphic solutions or find a location at fastsigns.com. Follow the brand on LinkedIn at linkedin.com/company/fastsigns, Twitter @FASTSIGNS or Facebook at facebook.com/FASTSIGNS. For information about the FASTSIGNS franchise opportunity, contact Mark Jameson (mark.jameson@fastsigns.com or call 214.346.5679).